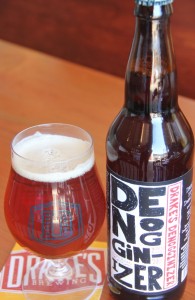 Let someone else do the driving!

I sit here this morning on my own.  It’s a peaceful Saturday morning and all the girls have retreated to their own agendas for the day.  I filled the back of the SUV with all our recyclables earlier and drove our youngest to her place of employment and headed over to the recycling center.  I love this little town of ours where everything you need is right around the corner.  The very helpful crew at the recycling center immediately questioned the New England Patriots hoodie I was wearing – which caused one young man to go behind the desk and put on his San Francisco 49ers sweatshirt.  These two teams meet each other near the end of the NFL season and I told him “I’ll be back!”  ¶ Bonnie has headed down to Marin for the first of two sessions she has this weekend with the organizers of the Celebrate Life Stepping Out event to be held a week from today where Bonnie will be modeling leather and an evening gown.  The last time I saw Bonnie sporting leather we were in the throes of our dating relationship.  The event next week should be a lot of fun. ¶ I read an email this morning from a great friend of ours, Wendy, who is touring parts of Italy on a 29-day adventure.  Wendy’s regular emails from Italy provide little trinkets of customs, culture and language lessons which I truly enjoy reading.  I met Wendy in 1987 and have thoroughly enjoyed maintaining a relationship with her, albeit mostly binary since our days spent on the Cape [Cod], though I do enjoy reading about her travels and am thankful we’ve maintained this relationship. ¶ I called a buddy of mine [Woody] yesterday who celebrated his forty-something birthday and the conversation was focused mainly on that product many of us enjoy; BEER.  We both recognized the true advances this wonderful elixir has seen in the past couple of decades and last night I was able to sit down with Bonnie at our favorite little bar; select the best two bar stools and settle in for a number of pints of Drakes Denogginizer.  This local product out of San Leandro packs a punch that is well deserved for the end of the week.  With an ABV of 9.75% there’s good reason Drakes has won a number of awards with this product so with each clink of our glasses last night I knew the keys to the car would be in the possession of my bride. ¶ A group of women had come in an hour or so later and one young lady wore a t-shirt which read: “Real Women Drink Beer” … and wouldn’t you know it, all three of them also enjoyed pints of the Denogginizer.  Good for them! ¶ I am one of those fortunate soles who knows little of the word “hangover” and though I don’t need a t-shirt that portrays the qualities of what “real men” do … I found her t-shirt both humorous and qualifying when I saw those pints being poured for their party. ¶ Real women are everywhere in my life; be it Wendy in Italy, Bonnie currently relearning how to wear high heels in Marin, Logan [our youngest] hard at work, Taylor [our oldest] in her senior year at USC, Sophie the young barkeep at LUMA, Nancy the breast cancer survivor in Texas, Jessica the young lady I have always considered my little sister, Maureen the Springsteen fan I enjoyed coaching girls softball with, Denise the crazy NY Yankee fan, Kathleen the blind wine tasting event coordinator for so many parties I can’t keep track of, Margie who was Bonnie’s maid-of-honor and the same young lady I reserve the first text of the weekend for, Mary who I met on my first date with Bonnie, or even Kate, the owner of LUMA … do all these women drink beer? Probably … hell, I’ve had beers with many of them, but each of them are truly “real women” whether they drink beer or not.  I’m just thankful to know they’re each a part of my life.

Papa Paul is a retired sailor, married to his very best friend for twenty two years, two wonderful daughters. Along with his wife, they teach their children the cautions of life while offering a hand to those that need it at the same time. Northern California is home of residence where walks along the river with the newly adopted english bulldog has become a new and unexpected passion.